Anyone who knows anything about my ministry (teaching the Word, preaching the Gospel, writing gospel tracts, making YouTube videos, etc), can at least tell one thing about me: I’M AGAINST SIN.  I don’t think anyone should be sinning EVER.  I preach an uncompromised message of turning from all sin and living a completely HOLY LIFE before God, walking in the power of the Holy Spirit.

Christians never have to sin and IF they sin, they must repent or they are in danger of dying and going to Hell.  Even unbelievers have no excuse for their sins.  If they did, then they wouldn’t truly be guilty, they would not deserve punishment and God couldn’t justly send them to Hell forever.

With that in mind, I’ve been thinking about this subject for a long time: REASONS NOT TO SIN…EVER.  Even though I preach a message of absolute holiness, that doesn’t mean that holiness is automatic or easy.  I need many of the points on this list just as much as the next person.  I pray that this list helps to motivate you to live a holy life!  I know that it helps me!

END_OF_DOCUMENT_TOKEN_TO_BE_REPLACED

You know what I’ve experienced, though?  Most people who I’ve talked to, who call themselves Calvinists, don’t even seem to know what Calvinism is.  They probably watched some popular video on YouTube, listen to a popular podcast, read a well-known Calvinist’s books and assume that they are some kind of expert on Calvinism.  Then I come along and bring out the TRUTH about Calvinism and what it leads to (“Consistent Calvinism”) and they want to act like I don’t know what I’m talking about.

END_OF_DOCUMENT_TOKEN_TO_BE_REPLACED 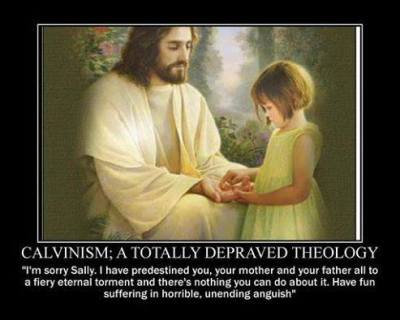 2) “God loves you” – Calvinists constantly cite Romans 9:13, in the hopes of proving “Unconditional Election” (the “U” of T.U.L.I.P.) – as I said above, this is the idea that God chose very few people for salvation and that He did this before He even began to create the Universe.  Of course they twist this verse and commit eisegesis, since they are looking at Romans 9 through their “Calvinist eye glasses”.  Yet, if the “U” of T.U.L.I.P. is correct and their interpretation of Romans 9:13 is correct, then there’s no possible way that they could say this to ANYONE.